3:1 Now there was a man of the Pharisees [largest and most strict and conservative Jewish sect in Jesus’ day; literally means “separated ones”] named Nicodemus, a member [being a member of the council implies that Nicodemus was a man of wealth, prominence, and influence] of the Jewish ruling council [the Sanhedrin, a 71-member council consisting of Pharisees and Sadducees, presided over by the high priest; council handled civil and religious issues]. 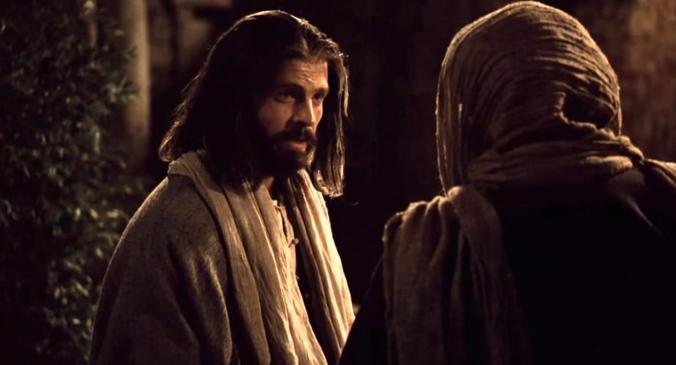 3:2 He came [an intentional act] to Jesus at night [perhaps to have a private and undisturbed conversation with Jesus; perhaps because of fear] and said, “Rabbi [Teacher or Master; Nicodemus himself was a teacher (see v. 10)], we [indicates he was not alone in his estimation of Jesus] know you are a teacher who has come from God [other Pharisees attributed Jesus’ power to demons (Matt. 9:34)]. For no one [no one relying on personal merits] could [conveys the idea of “ability”] perform the miraculous signs [plural indicates Jesus had done more signs than changing water into wine (Jn. 2:1-11)] you are doing if God were not with him.”

3:3 In reply Jesus declared [Jesus turned the conversation to more important matters], “I tell you the truth [phrase emphasized the importance of what Jesus was about to say], no one can see the kingdom of God [the rule of God in the lives of those who place their faith in Jesus for salvation; not a geographical or political kingdom] unless he is born again [“born from above” (a birth that is spiritual in nature)].”

Note: What religious truths do people hold that they believe gives them eternal life?

3:5 Jesus answered, “I tell you the truth, no one can enter the kingdom of God unless he is born of water [perhaps used as a symbol of cleansing (cf. Ezek. 36:25-27); likely refers to physical birth] and the Spirit.

3:7 You should not be surprised at my saying, ‘You [plural: all people, not just Nicodemus] must [word expresses moral and spiritual necessity] be born again.’

3:8 The wind [Gr. word (pneuma) can mean “spirit,” “wind,” “breath”] blows wherever it pleases. You hear its sound, but you cannot tell where it comes from or where it is going. So it is with everyone born of the Spirit.”

3:9 [this question may reveal amazement or is a request for further clarification] “How can this be?” Nicodemus asked.

3:10 “You are Israel’s teacher [indicates Nicodemus was an accredited teacher among his people],” said Jesus, “and do you not understand [Nicodemus knew the OT and yet lacked spiritual insight] these things?

3:11 I tell you the truth, we [perhaps includes such reliable witnesses as the prophets of Israel’s past whose message was rejected, or John the Baptist, or the testimony of Scripture, or the disciples, or to Jesus and His Father] speak of what we know, and we testify to what we have seen, but still you people do not accept our testimony.

Note: Who has helped you in your effort to understand spiritual truths and apply them to your life?

3:12 I have spoken to you of earthly things [the easier teachings] and you do not believe; how then will you believe if I speak of heavenly things [the more difficult teachings]?

3:13 No one has ever gone into heaven except the one who came from heaven—the Son of Man [title stresses Jesus’ humanity, but does not diminish His divinity; because Jesus came from heaven he is the best witness regarding “heavenly things” (3:12)].

3:15 that everyone who believes in him may have eternal life [expression used 17 times in John’s Gospel; emphasizes quality of life not just its duration].

3:16 For God so loved [no one can love to the degree to which God loves] the world [indicates the broad scope of God’s love; refers to all of us; humanity in rebellion against God] that he gave [the greatest act of love; God’s act of giving grew out of His attitude of loving] his one and only Son [the greatest gift (cf. 2 Cor. 9:15); loving humanity was the most expensive thing that God ever did because it cost Him His Son], that whoever [refers to each of us] believes [God has made the way of salvation simple] in him [Jesus Christ alone (cf. Acts 4:12)] shall not perish [the ultimate purpose of His love; the word “perish” indicates what will happen to those who do not believe in Him] but [conjunction introduces the difference believing in Him makes] have [certainty] eternal life.

3:17 For God did not send his Son into the world to condemn the world [the world is already condemned], but to save the world [cf. 2 Pet. 3:9] through him.

3:18 Whoever believes [includes believing, repenting, and committing] in him is not condemned [cf. Jn. 5:24; Rom. 8:1], but [note that there is no neutral position before God] whoever does not believe stands condemned already because he has not believed in the name of God’s one and only Son.

3:19 This is the verdict: Light has come into the world, but men loved darkness instead of light because their deeds were evil.

3:20 Everyone who does evil hates the light, and will not come into the light for fear that his deeds will be exposed.

3:21 But whoever lives by the truth comes into the light, so that it may be seen plainly that what he has done has been done through God.”

3:22 After this, Jesus and his disciples went out into the Judean countryside, where he spent some time with them, and baptized.

3:23 Now John also was baptizing at Aenon near Salim, because there was plenty of water, and people were constantly coming to be baptized.

3:25 An argument developed between some of John’s disciples and a certain Jew over the matter of ceremonial washing.

3:26 They came to John and said to him, “Rabbi, that man who was with you on the other side of the Jordan—the one you testified about—well, he is baptizing, and everyone is going to him.”

3:27 To this John replied, “A man can receive only what is given him from heaven.

3:28 You yourselves can testify that I said, ‘I am not the Christ but am sent ahead of him.’

3:32 He testifies to what he has seen and heard, but no one accepts his testimony.

3:33 The man who has accepted it has certified that God is truthful.

3:34 For the one whom God has sent speaks the words of God, for God gives the Spirit without limit.

3:35 The Father loves the Son and has placed everything in his hands.

3:36 Whoever believes in the Son has [as in present ownership; cf. 1 Jn. 5:11] eternal life, but [indicates that we have a choice] whoever rejects [this cuts us off from the benefits of salvation available only through Christ] the Son will not see life [will not experience God’s eternal life], for God’s wrath remains on him.”