2:1 If [Gr. first class conditional statement: should be understood to mean “since” or “in view of the fact”] you have any encouragement [Gr. “paraklesis” can also mean exhortation, comfort] from being united with Christ, if any comfort [may be rendered “consolation”] from his love, if any fellowship [Gr. “koinonia” means participation, association, sharing] with the Spirit [Holy Spirit], if any tenderness [“bowels” (KJV) is tender mercies; sensitivity to the needs and feelings of other people] and compassion [to feel another person’s sorrow or hurt],

2:3 Do nothing out of selfish ambition [Gr. “eritheia” refers to a self-seeking, ambitious, competitive spirit] or vain [empty] conceit [Gr. “kenodoxia” is literally “empty praise” or boastful pride], but in humility [“lowliness of mind” (KJV); ability to recognize personal insufficiency and God’s sufficiency; recognizes need to depend on God] consider others better than yourselves. 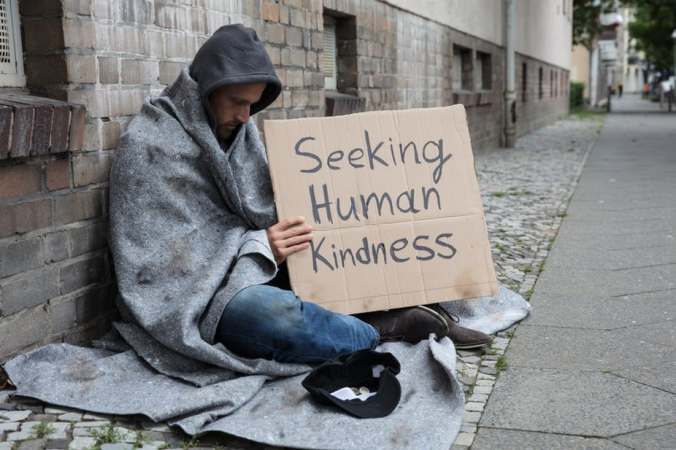 2:5 Your attitude should be the same as that of Christ Jesus [the ultimate example of true humility]:

2:6 Who, being in very nature [“in the form of” (KJV)] God [a reference to the preexistence of Christ], did not consider equality with God something to be grasped [Jesus did not have to grasp what was already His; Jesus willingly laid aside His heavenly glory or status for our sakes],

2:7 but made himself nothing [Gr. “ekenosen” means that He emptied Himself; He gave up divine privileges; He imposed on Himself certain limitations], taking the very nature of [“the form of” (KJV)] a servant [a slave; one without advantage, without rights, and without privileges], being made in human likeness [He exchanged His kingly robe for the sackcloth of human flesh].

2:8 And being found in appearance [Gr. “schemati”; “in fashion” (KJV)] as a man, he humbled himself and became obedient to death—even death on a cross [the ultimate display of humiliation]!

2:9 Therefore God exalted [through His resurrection and ascension] him [the One despised and rejected and regarded as a criminal] to the highest place and gave him the name [Jesus, the Gr. equivalent of the Heb. Joshua, an abbreviation of Yahweh [Jehovah] is Savior] that is above every name,

2:10 that at the name of Jesus every knee should bow [in worship], in heaven and on earth and under the earth,

2:12 Therefore, my dear friends [an affectionate term; a reminder that the Philippians were dear to Paul], as you have always obeyed—not only in my presence, but now much more in my absence—continue to work out [not “for”] your [plural (indicating that they were to work out their salvation in the context of their relationships with others in the church); they already possessed salvation] salvation [a reference to sanctification] with fear and trembling,

2:13 for it is God who works [through His Holy Spirit who energizes and empowers believers] in you to will [or to want] and to act according to his good purpose [God’s desired unity in the Philippian church].

2:16 as you hold out [or hold forth; to offer to a lost world] the word of life—in order that I may boast on the day of Christ that I did not run or labor for nothing [in vain; empty].

2:17 But even if I am being poured out like a drink offering on the sacrifice and service coming from your faith, I am glad and rejoice [the prospect of death did not rob Paul of his joy (cf. Phil. 1:21)] with all of you.

2:18 So you too should be glad and rejoice with me.

2:19 I hope in the Lord Jesus to send Timothy [as his representative; Timothy was always willing to go anywhere; his message was as safe as if Paul had delivered it himself] to you soon, that [the purpose for sending Timothy] I also may be cheered when I receive news about you.

Note: Timothy held a special place in Paul’s life. Paul had enlisted Timothy to accompany him on the second missionary journey while passing through Derbe and Lystra (see Acts 16:1-3). Timothy was the son of a Jewish mother and a Greek father. His grandmother (Lois) and mother (Eunice) were both believers. Thus Timothy was with Paul on the second missionary journey when he founded the church at Philippi. Timothy had also visited the saints at Philippi on at least two other occasions (see Acts 19:22 and 20:3-4).

2:20 I have no one else like him [an expression of Paul’s confidence in Timothy], who takes a genuine interest in your welfare [characteristic of the good minister].

2:21 For everyone [as opposed to Timothy] looks out for his own interests, not those of Jesus Christ [Timothy was more “other-centered” than “self-centered”; “In a very real sense, all of us live either in Philippians 1:21 or 2:21!” (Wiersbe)].

2:22 But [conjunction places Timothy’s character in contrast to what Paul mentioned in v. 21] you know [Philippians knew Timothy personally] that Timothy has proved himself, because as a son with his father [served as father and son, side by side] he has served with [preposition “with” shows Paul’s humility (Wuest) and raises Timothy to the position of an equal, a fellow laborer, a fellow messenger (Erdman)] me in the work of the gospel [in the common cause of advancing the gospel of Christ].

2:23 I hope, therefore, to send him [Timothy would bear the news of Paul’s deliverance or death to the Philippians] as soon as I see how things go with me [once he knew the outcome of his trial, which at this time was still uncertain].

2:24 And I am confident [a settled persuasion or conviction] in the Lord that I myself will come soon.

2:25 But I think it is necessary to send back to you Epaphroditus, my brother [brother in the faith; shared a common sympathy with Paul], fellow worker [shared a common service with Paul , namely, the advancement of the gospel] and fellow soldier [shared a common suffering and danger with Paul ], who is also your messenger [Gr. “apostolos” refers to one entrusted with a mission], whom you sent [acted as the official representative and priestly servant of the entire church at Philippi] to take care of [“minister to” (NAS) from Gr. “leitourgos” which refers to “one who is engaged in priestly service.”] my needs.

Note: Like Timothy, Epaphroditus was a man whose life exemplified the exhortations of Philippians 2:1-4. He was a man who was more “other-centered” than “self-centered.” Epaphroditus, a member of the Philippian church, had been given the responsibility of taking the Philippians’ special love offering to Paul. He had also been charged with the responsibility of staying to minister to Paul’s needs, doing the things that the Philippians could not do themselves because of distance, but that could only be done by one present. Epaphroditus showed kindness to Paul and was concerned for others in his church.

2:26 For he longs for all of you and is distressed because you heard he was ill.

2:27 Indeed he was ill, and almost died [literally means “alongside of a neighbor”; he was next door to death]. But God had mercy on him, and not on him only but also on me, to spare me sorrow upon sorrow [death of Epaphroditus would have been almost more than Paul could stand].

2:28 Therefore I am all the more eager to send him, so that when you see him again you may be glad and I may have less anxiety.

2:29 Welcome him in the Lord with great joy, and honor men like him,

2:30 because [the reason they are to lovingly receive Epaphroditus and hold him in high regard] he almost died for the work of Christ, risking his life [Gr. “paraboleuesthai” means to expose one’s self to danger] to make up for the help you could not give me [not a rebuke but a reminder that he was there to do what they could not do for him].