The author of Ecclesiastes called himself the Teacher. The Hebrew term designates one who assembles a group or congregation for worship and instruction. The title of the book comes from the word “ekklesia” which is the Greek word for assembly.

The Teacher identified himself as son of David, king in Jerusalem. Solomon was David’s only immediate son who was “king over Israel in Jerusalem” (see 1:12). The words recorded in the book, however, are not the decrees of a monarch. Instead they are the advice and reflections of a teacher—they are Solomon’s words concerning his search for fulfillment in life under the sun (see 1:3).

1:2 [theme of the book] “Meaningless [Heb. “hebel” means “vapor” or “breath”]! Meaningless [refers to what man does apart from God, not to God’s creation]!” says the Teacher. “Utterly meaningless! Everything is meaningless.”

The Teacher’s first words, Absolute futility, abruptly express a recurring theme of the book. The basic meaning of the word futility is “breath” or “vapor.” It refers to that which lasts no more than a fragile moment—like the breath that condenses and quickly disappears on a cold winter day. Absolute futility refers to things which are fleeting or insubstantial or activities that are in vain. Solomon argued that life itself and any actions done apart from God are futile.

Jesus also cautioned against living life apart from God and acquiring things at the expense of one’s own soul (see Luke 9:25). Such a life and acquisitions are indeed futile, especially when put into the perspective of where one will spend eternity.

Note: Use of “hebel” in other places in Scripture:
• Psalm 144:4 combine notions of insubstantial and transitory
• Proverbs 21:6 a fleeting vapor
• Ecclesiastes 8:14 absurd
• Isaiah 57:13 wind
• Jeremiah 16:19 that which is deceitful and ineffectual (as an idol)
• Zechariah 10:2 idea of empty, fleeting 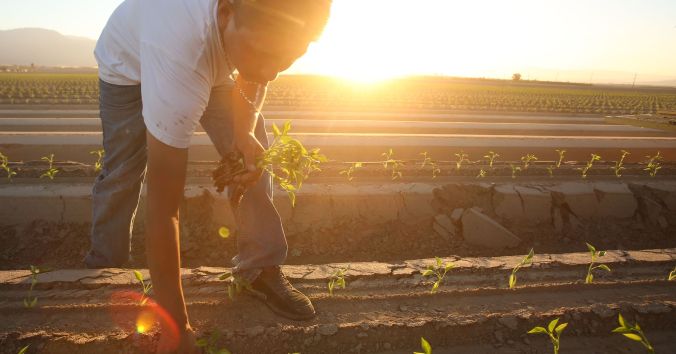 1:4 Generations come and generations go [the cycle of life], but the earth remains forever [for a relatively long period of time].

1:5 The sun rises and the sun sets [expresses sense of monotony], and hurries [verb means “to pant”] back to where it rises.

1:6 The wind blows to the south and turns to the north; round and round it goes [expresses sense of monotony and purposelessness], ever returning on its course.

1:7 All streams flow into the sea, yet the sea is never full [expresses futile activity]. To the place the streams come from, there they return again.

1:9 What has been will be again [the fundamental events of life (birth, marriage, work, death, etc.)], what has been done will be done again; there is nothing new [people in every generation pursue power, status, wealth, power (although these are packaged differently in every generation)] under the sun [no pursuit can give our lives meaning apart from God].

1:10 Is there anything of which one can say, “Look! This is something new” [only Jesus came and did a new thing by creating a new covenant, giving new birth, new life, and a new commandment]? It was here already, long ago; it was here before our time.

1:11 [the futility of trying to leave a legacy…] There is no remembrance of men of old, and even those who are yet to come will not be remembered by those who follow.

1:12 I, the Teacher, was [does not mean he was no longer king or was dead but rather that the author was speaking as a teacher and not as the king] king over Israel in Jerusalem.

1:13 I devoted myself to study and to explore [to investigate every facet of a matter] by wisdom [the application of human knowledge] all that is done under heaven. What a heavy burden [the burden or task of making sense out of life] God [first reference to God in this book; Heb. word used here for God is that of the Creator] has laid on men!

1:14 I have seen all the things that are done under the sun [or apart from God]; all of them [pursuits apart from God] are meaningless [doomed to disappear in the face of time and death], a chasing after the wind [even if you catch the wind you have not caught anything at all].

1:15 What is twisted [a problem] cannot be straightened [or solved]; what is lacking [lack of information; missing data] cannot be counted [cannot contribute to finding an answer].

1:16 I thought to myself, “Look [Solomon felt he had mastered intellectual pursuits], I have grown and increased in wisdom [cf. 1 Kings 3] more than [cf. 1 Kings 4:30-33; 2 Chron. 9:22] anyone who has ruled over Jerusalem before me; I have experienced much of wisdom and knowledge.”

Solomon was qualified to investigate the meaning of life under the sun because he had amassed more wisdom than any other person in Jerusalem and the surrounding nations (see 1 Kings 4:31). Early in his reign the Lord gave Solomon the opportunity to ask for anything. Overwhelmed by the thought of leading God’s people, Solomon asked for wisdom (1 Kings 3:5-9) and the Lord granted his request. Solomon’s great wisdom and insight enabled him to compose proverbs and songs and to speak on a variety of topics. His wisdom also attracted international attention (1 Kings 10:7).

1:17 Then I applied myself to the understanding of wisdom, and also of madness and folly, but I learned that this, too, is a chasing after the wind.

Solomon applied his great wisdom to the exploration of the entire spectrum of human thought. He even explored madness and folly, the opposite of wisdom, in an effort to find fulfillment in life under the sun. Solomon discovered that when you make the pursuit of knowledge your goal in life, the results always disappoint. Knowledge only increased Solomon’s sorrow because it made him painfully aware of things as they were. While people may find value in education and intellectual pursuits, these cannot satisfy the deepest hunger of their hearts.

1:18 For with much wisdom comes much sorrow [or heartache]; the more knowledge, the more grief.