The Fall of Babylon and the Lesson to Be Learned

46:1-2
How did the prophet conceive of the religion of Babylon?
“Bel” (the sun god, also known as Marduk) and “Nebo” (the son of Bel and the god of writing and learning) were the chief gods of the Babylonians. Isaiah painted a graphic picture the impotence of these gods.

First, they had to be carried by their worshipers.

Second, when Cyrus was advancing toward Babylon, Bel and Nebo could not stop him.

Third, the worshipers of these gods could not carry them to safety on the backs of weary beasts in an effort to protect them from Cyrus. Even these impotent Babylonian gods were taken captive.

46:3-4
How was God different than the Babylonian gods?
In contrast to the Babylonian gods who had to be borne and carried about by men, God carried His people. He carried them in the past and would continue to do so until their old age. There would be no lapse in His caring for His people. These were comforting words to a people in exile, many of whom felt they had been forsaken by God or that God no longer cared for them. 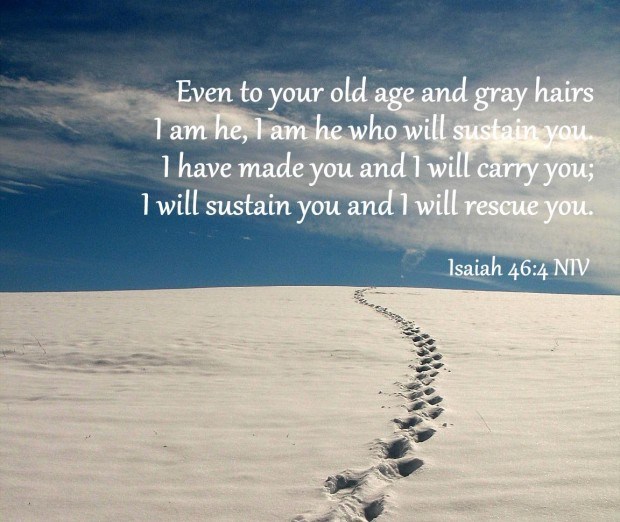 Practical Consideration: God never stops caring for us.
God reminded His people that He had cared for them in the past and would continue to do so until their old age. There had never been a lapse in His caring for them. God cares for us all the time. He sees and is concerned about everything that touches our lives. He will never stop caring for us.

46:5-7
What indicting words did Isaiah speak concerning idolatry?
Isaiah once again spoke condemning and indicting words against the idols of the Babylonians. Unlike the idols of the Babylonians, God could not be represented by an image (46:5). Isaiah listed five absurdities regarding idolatry. First, the impotent images were costly (46:6). Second, they must be carried from place to place (46:7a). Third, once set in place they cannot move (46:7b). Fourth, they cannot respond to the cries or prayers of those who worship them (46:7c). Fifth, they cannot deliver men from their troubles (46:7d).

46:8-13
What word did Isaiah speak to disbelievers and cynics?
This passage is addressed to “transgressors” (46:8) and the “stubborn-minded” (46:12). God cautioned these rebellious disbelievers and cynics to “remember” what He has done and who He is (46:8-9). God is the God (the mastermind) of history (46:10). An example of God’s control over history is cited in verse 11. Cyrus was God’s choice to deliver His people from exile. Verses 12 and 13 declare that God was preparing to do a great new thing in the history of His people, namely their deliverance from captivity through the agency of Cyrus.

Practical Consideration: Those who forget what God has done cannot see what He is about to do.
Many of God’s people forgot who God is and what He had done for them in the past. They did not remember how He had manifested Himself in their history. They did not remember His gracious and miraculous acts on their behalf. These stubborn-minded people had a difficult time accepting the words of the prophet that God was going to do a great new thing for His people. It is hard to accept what God is going to do when we forget what He has done. If we cannot clearly see His activity in the past we will look at the future with skepticism and disbelief.