2:2 and she became pregnant and gave birth to a son. When she saw that he was a fine child [may indicate that Moses was a beautiful baby], she hid [and by so doing helped preserve the life of Israel’s future deliverer] him for three months [the reason for “three months” is not indicated].

2:3 But when she could hide him no longer, she got a papyrus basket [literally “ark” as in Gen. 6:14] for him and coated it with tar and pitch. Then she placed the child in it and put it among the reeds along the bank of the Nile.

2:4 His sister [presumably Miriam (not mentioned by name until Ex. 15:20)] stood at a distance to see what would happen to him.

2:5 Then Pharaoh’s daughter [God can use the most unlikely people to aid in bringing about His purposes] went down to the Nile to bathe, and her attendants were walking along the river bank. She saw the basket among the reeds and sent her slave girl to get it. 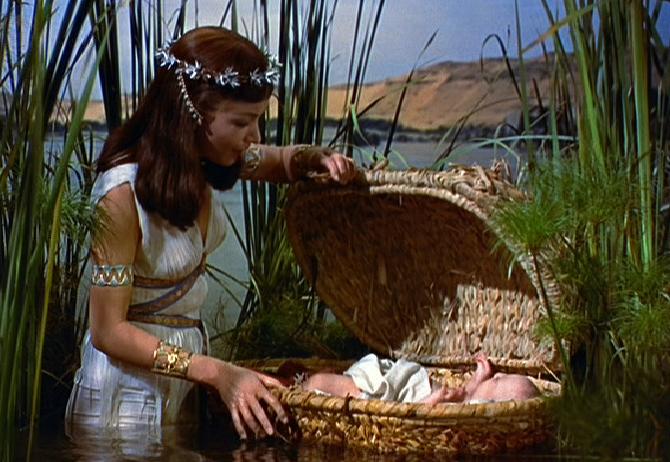 2:6 She opened it and saw the baby. He was crying [possibly a reason why Moses’ mother was no longer able to hide him], and she felt sorry [Pharaoh’s daughter disregarded her father’s orders to throw all Hebrew male children into the Nile (1:22)] for him. “This is one of the Hebrew babies,” she said.

2:7 Then his sister [courageously stepped out] asked Pharaoh’s daughter, “Shall I go and get one of the Hebrew women [obviously she had their own mother (Jochabed) in mind] to nurse the baby for you?”

2:9 Pharaoh’s daughter said to her [Moses’ mother], “Take this baby and nurse him for me, and I will pay you.” So the woman took the baby and nursed him [Jochabed was now able to nurse and keep (until he was weaned) Moses without fear].

2:10 When [unspecified period of time; scholars suggest a period of two to four years, at which point the child would have been weaned] the child grew older, she took him to Pharaoh’s daughter and he became her son. She named him Moses, saying, “I drew him out of the water [Hebrew “mašah” means “to draw”].”