11:1 One day Jesus was praying [prayer was important to Jesus (Matt. 14:23; Mk. 1:35)] in a certain place [re: place cf. Matt. 6:6 and “solitary place” in Mk. 1:35]. When he finished, one of his disciples said to him, “Lord, teach us [only thing the disciples asked Jesus to teach them] to pray, just as John [obviously a man of prayer] taught his disciples. [consider those who served as your examples in learning to pray and who is inspired to pray by your example]” 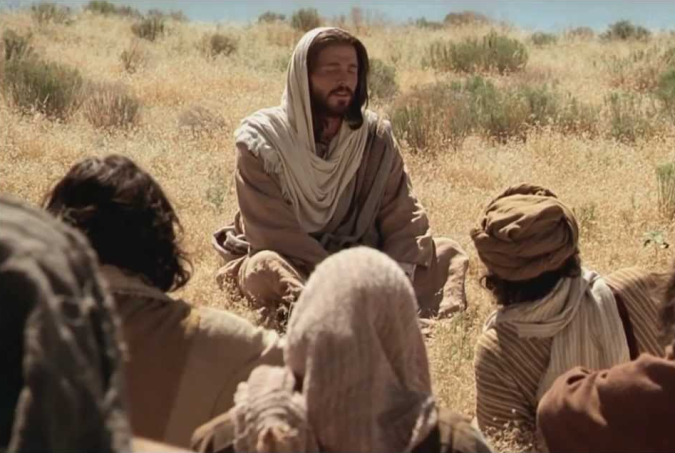 11:2 [1: pray for God’s glory] He said to them, “When [whenever] you [plural] pray, say: “‘Father [assumes a personal relationship (only possible through faith in Christ); denotes authority and intimacy; God is not an impersonal deity], hallowed [declare, acknowledge, treat as holy; to set apart; to hold in reverence] be your name [represented the person and his character; exalt God in prayer], your kingdom [the reign and rule of God in the hearts of people] come [attitude is that of submission to the reign of God].

11:3 [2: pray for our good] [prayer for physical provisions] Give [attitude of dependence on God to give what is needed; keep on giving; a request for ongoing provision] us each day our daily [for the coming day; cf. Ex. 16:18-19 re: manna] bread [basic human needs].

11:4 [prayer for spiritual provisions] Forgive [to dismiss, release, send away] us our sins, for we also [we must treat others as we are treated by God; forgiveness is a two-way street (cf. Mk. 11:25)] forgive everyone who sins against us. And lead us not [keep us from yielding to; expresses a desire to avoid sin; acknowledgment of our weakness and vulnerability] into temptation. [cf. Jas. 1:13]’”

11:5 Then he said [illustration; cf. Lk. 18:1-8] to them, “Suppose [imagine] one of you has a friend, and he goes to him at midnight and says, ‘Friend [term implies host had a personal relationship with the neighbor], lend [to allow the use of (a friendly act)] me three [sufficient to meet the needs of the guest] loaves of bread,

11:6 because a friend of mine on a journey has come [presumably arrived at night (v. 5); people often traveled at night to avoid intense heat of the day] to me [a guest; hospitality important among first-century Jews], and I have nothing to set before him.’

11:7 “Then the one inside answers, ‘Don’t [stop an action in progress] bother [trouble] me. The door is already locked [in Palestinian homes the father slept on pallet next to door], and my children are with me in bed [children slept on pallets next to father, thus, in order to get bread (and then open the door) the father would risk disturbing the sleep of the entire household]. I can’t get up and give you anything.’

11:10 [a promise that God will answer prayer (requests must be in accordance with His will); the blessings of persistence in prayer] For everyone who asks receives; he who seeks finds; and to him who knocks, the door will be opened.

11:11 [illustration of God’s willingness to answer prayer] “Which of you fathers, if your son asks for a fish [something good], will give him a snake [something harmful] instead?

11:12 Or if he asks for an egg [something good], will give him a scorpion [something harmful]?

11:13 If you [imperfect parents] then, though you are evil [refers to our sinful human nature], know how to give good gifts to your children, how much more will your Father in heaven give the Holy Spirit [the gift of His abiding presence] to those who ask him!”

11:14 Jesus was driving out a demon that was mute. When the demon left, the man who had been mute spoke, and the crowd was amazed.

11:15 But some of them said, “By Beelzebub, the prince of demons, he is driving out demons.”

11:16 Others tested him by asking for a sign from heaven.

11:18 If Satan is divided against himself, how can his kingdom stand? I say this because you claim that I drive out demons by Beelzebub.

11:19 Now if I drive out demons by Beelzebub, by whom do your followers drive them out? So then, they will be your judges.

11:20 But if I drive out demons by the finger of God, then the kingdom of God has come to you.

11:21 “When a strong man, fully armed, guards his own house, his possessions are safe.

11:22 But when someone stronger attacks and overpowers him, he takes away the armor in which the man trusted and divides up the spoils.

11:24 “When an evil spirit comes out of a man, it goes through arid places seeking rest and does not find it. Then it says, ‘I will return to the house I left.’

11:25 When it arrives, it finds the house swept clean and put in order.

11:26 Then it goes and takes seven other spirits more wicked than itself, and they go in and live there. And the final condition of that man is worse than the first.”

11:27 As Jesus was saying these things, a woman in the crowd called out, “Blessed is the mother who gave you birth and nursed you.”

11:28 He replied, “Blessed rather are those who hear the word of God and obey it.”

11:29 As the crowds increased, Jesus said, “This is a wicked generation. It asks for a miraculous sign, but none will be given it except the sign of Jonah.

11:30 For as Jonah was a sign to the Ninevites, so also will the Son of Man be to this generation.

11:31 The Queen of the South will rise at the judgment with the men of this generation and condemn them; for she came from the ends of the earth to listen to Solomon’s wisdom, and now one greater than Solomon is here.

11:32 The men of Nineveh will stand up at the judgment with this generation and condemn it; for they repented at the preaching of Jonah, and now one greater than Jonah is here.

11:33 “No one lights a lamp and puts it in a place where it will be hidden, or under a bowl. Instead he puts it on its stand, so that those who come in may see the light.

11:36 Therefore, if your whole body is full of light, and no part of it dark, it will be completely lighted, as when the light of a lamp shines on you.”

11:37 When Jesus had finished speaking, a Pharisee invited him to eat with him; so he went in and reclined at the table.

11:38 But the Pharisee, noticing that Jesus did not first wash before the meal, was surprised.

11:39 Then the Lord said to him, “Now then, you Pharisees clean the outside of the cup and dish, but inside you are full of greed and wickedness.

11:40 You foolish people! Did not the one who made the outside make the inside also?

11:41 But give what is inside the dish to the poor, and everything will be clean for you.

11:42 “Woe to you Pharisees, because you give God a tenth of your mint, rue and all other kinds of garden herbs, but you neglect justice and the love of God. You should have practiced the latter without leaving the former undone.

11:43 “Woe to you Pharisees, because you love the most important seats in the synagogues and greetings in the marketplaces.

11:44 “Woe to you, because you are like unmarked graves, which men walk over without knowing it.”

11:45 One of the experts in the law answered him, “Teacher, when you say these things, you insult us also.”

11:46 Jesus replied, “And you experts in the law, woe to you, because you load people down with burdens they can hardly carry, and you yourselves will not lift one finger to help them.

11:47 “Woe to you, because you build tombs for the prophets, and it was your forefathers who killed them.

11:48 So you testify that you approve of what your forefathers did; they killed the prophets, and you build their tombs.

11:49 Because of this, God in his wisdom said, ‘I will send them prophets and apostles, some of whom they will kill and others they will persecute.’

11:50 Therefore this generation will be held responsible for the blood of all the prophets that has been shed since the beginning of the world,

11:51 from the blood of Abel to the blood of Zechariah, who was killed between the altar and the sanctuary. Yes, I tell you, this generation will be held responsible for it all.

11:52 “Woe to you experts in the law, because you have taken away the key to knowledge. You yourselves have not entered, and you have hindered those who were entering.”

11:53 When Jesus left there, the Pharisees and the teachers of the law began to oppose him fiercely and to besiege him with questions,

11:54 waiting to catch him in something he might say.