5:14 Later Jesus found [implies Jesus was looking for the man] him [the invalid that Jesus had healed at the pool of Bethesda (5:1-13)] at the temple and said to him, “See, you are well again. Stop [do not continue] sinning [suggests that the man’s infirmity had resulted from some sinful act or habit; may indicate that the now healed man might be tempted to resume his earlier destructive way of life; not all sicknesses are related to an individual’s sins (cf. Jn. 9:2-3)] or something worse [a reference to punishment in hell] may happen to you.”

Note: Have you ever allowed God to use you to warn someone of the consequences of their sinful attitude or actions?

5:15 The man [no indication that the man expressed gratitude to Jesus] went away and told [perhaps out of fear of the Jewish leaders because he had been healed on the Sabbath and had violated Sabbath rules by carrying a burden (cf. 5:10)] the Jews that it was Jesus who had made him well.

5:16 So, because Jesus was doing [indicates Jesus continued working on the Sabbath] these things on the Sabbath, the Jews persecuted [verb indicates continuous action] him.

5:17 Jesus said to them, “My [indicates intimate relationship] Father is always [even on the Sabbath] at his work [sustaining the universe] to this very day, and I, too, am working.”

5:18 For this reason the Jews tried all the harder to kill him; not only was he breaking the Sabbath, but he was even calling God his own Father, making himself equal with God.

5:19 Jesus gave them this answer: “I tell you the truth, the Son can do nothing by himself; he can do only what he sees his Father doing, because whatever the Father does the Son also does.

5:20 For the Father loves the Son and shows him all he does. Yes, to your amazement he will show him even greater things than these.

5:21 For just as the Father raises the dead and gives them life, even so the Son gives life [Jesus had the ability to renew life physically and to give new life spiritually] to whom he is pleased to give it.

5:22 Moreover, the Father judges no one, but has entrusted all judgment to the Son,

Note: What characterizes the lives of those who have truly passed from spiritual death to spiritual life?

5:25 I tell you the truth [“amen, amen”], a time is coming and has now come when the dead [the spiritually dead living under God’s condemnation] will hear the voice of the Son of God and those who hear [to receive and obey] will live.

5:28 “Do not [stop an action in progress] be amazed at this, for a time is coming [note promise of a future resurrection] when all [suggests a general resurrection of the good and evil alike; none excluded] who are in their graves [those physically dead] will hear his voice

5:34 Not that I accept human testimony [using their system of evidence, Jesus cited the testimony of John for the benefit of his hearers]; but I mention it that you may be saved.

5:36 “I have testimony weightier [more persuasive; less subject to refutation] than that of John. For the very [2: Jesus’ works: the second witness] work [could include the miracles as well as the teaching and other activities of Jesus; cf. Nicodemus’ words in Jn. 3:2] that the Father has given me to finish, and which I am doing, testifies that the Father has sent me.

5:38 nor does his word dwell in you [Jesus’ unhearing and unseeing audience], for you do not believe the one [Jesus] he [the Father] sent. 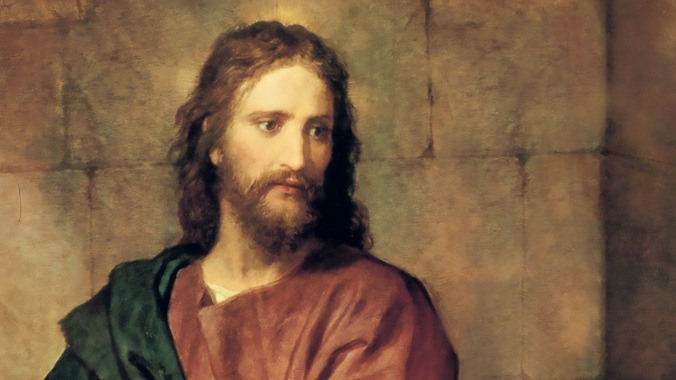 5:39 You diligently study [research, investigate; the religious leaders were not lax in their study of the Scriptures yet still failed to see the written Word as a testimony to the living Word; while some miss Jesus because they neglect or reject the Bible, some study the Bible without seeing Jesus as its key message] the Scriptures [the OT] because you think [indicates mistaken opinions/assumptions] that by them [cf. Gal. 3:21] you possess eternal life. These are the Scriptures [4: Scriptures are the fourth witness] that testify about me,

Note: Why is it important to study the Scriptures carefully?

5:40 yet [in spite of the testimony of the Scripture about Jesus] you refuse [a deliberate choice] to come to [indicates the idea of believing in Jesus as Savior and Lord] me [Jesus] to have life.

5:42 but I know you [Jesus knew the condition of people]. I know that you do not have the love of God in your hearts.

5:43 I have come in my Father’s name, and you do not accept me [the Father’s personal representative]; but if someone else [other alleged Messiah’s had come (e.g. Simeon ben Kosebah claimed to be the Messiah in AD 132, a claim upheld by Akibah, the most eminent rabbi of the day)] comes in his own name, you will accept him.

5:44 How can you believe if you accept praise from one another [they fed on one another’s acceptance thus making it difficult for anyone to make a stand that differed from the rest], yet make no effort to obtain the praise that comes from the only God?

Note: The Bible itself condemns those who reject Jesus.

5:47 But since you do not believe what he [Moses] wrote [their own Scriptures], how are you going to believe what I say?”