3:13 Jesus went up on a mountainside [“and spent the night praying to God” (Lk. 6:12)] and called [Jesus took the initiative] to Him those He wanted, and they came to [they accepted His call] Him. 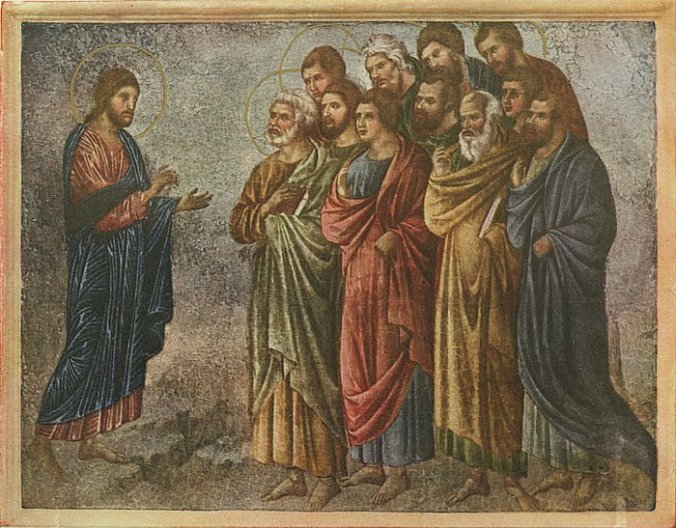 3:14 He appointed twelve [reminiscent of Israel’s twelve tribes] — designating them apostles [refers to one sent on a mission] — [Purpose 1] that they might be with Him [to learn from Him; prerequisite for preaching to others about Him; cf. Acts 4:13] and [Purpose 2] that He might send them out [to represent and serve Him] to preach [while He was on earth and after the resurrection]

3:16 These are the twelve [diverse group of men] He appointed: Simon (to whom He gave the name Peter [an Aramaic word meaning “stone” or “rock”]);

3:17 James son of Zebedee and his brother John [along with Peter formed Jesus’ inner circle (see Mk. 5:37; 9:2)] (to them He gave the name Boanerges, which means Sons of Thunder [perhaps because of their fiery temperaments (Lk. 9:54)]);

3:19 and Judas Iscariot [from the village of Kerioth], who betrayed [to deliver over] Him.

Note: Although the twelve were different, Jesus expected them to work together in His cause. Jesus calls all kinds of people to follow Him and to join with others in working together to serve Him. He still desires unity in diversity among His followers.