13:1 One of the disciples called attention to the magnificence of the temple area.

13:2 Jesus foretold destruction of the temple (which occurred in A.D. 70).

13:3 As Jesus was sitting on the Mount of Olives [this high place allowed a good view of the temple mount and of the city of Jerusalem] opposite the temple, Peter, James, John and Andrew [the first disciples Jesus chose (Mk. 1:16-20)] asked him privately [about temple’s future destruction],

13:4 “Tell us [note two concerns], [1] when will these things [destruction of the temple] happen? And [2] what will be the sign [indicator; visible revelation of something to follow] that they [cf. Matt. 24:3] are all about to be fulfilled?”

13:5 Jesus said to them [how to be ready; personal preparation]: “[this warning issued in vv. 5,9,23,33,37] Watch out [Greek = blepo which means beware] that no one [false prophets; imposters] deceives [sound doctrine is the best antidote for false doctrine] you.

Note: What actions should you take to avoid being deceived?

13:6 [First] Many [false prophets and teachers] will [speaks of certainty] come in my name [claiming His authority], claiming, ‘I am he [a messiah or his representative; see Acts 5:36],’ and will deceive [claim to represent God but not live according to His Word] many.

Note: Can you think of recent examples of false teachers or prophets? Have their movements continued after their deaths?

13:7 [Second] When you hear of [political developments and unrest] wars and rumors of war, do not be alarmed [do not allow these events/rumors to divert you from your task of following Jesus and spreading the gospel]. Such things [which are part of natural human existence or normal aspects of history in an unsettled world] must happen, but the end is still to come [do not confuse historical events of your day with eschatological events].

Note: What events today can cause believers today to lose their focus on following Jesus and spreading the gospel?

13:8 [causes of war] Nation will rise against nation, and kingdom against kingdom. [Third] There will be [natural disasters] earthquakes in various places, and famines. These are the beginning [with more to follow] of birth pains.”

Note: In what ways do believers today allow unsettling world events to deter them from their commitment? Do any of these events take God by surprise?

13:9 “You must be on your guard [see v. 5]. You will [speaks of certainty] be handed over [expect official persecution] to the local councils [city and area governments] and flogged in the synagogues [see Acts 6:9; 26:11]. On account of me [religious persecution; see Acts 8:1-3] you will stand before governors and kings as witnesses [turn sufferings into opportunities to witness] to them [magistrates and kings].

Note: Do the events described in these verses relate only to first-century believers? Why or why not?

13:10 And the gospel must first be preached [priority while awaiting Christ’s return] to all nations [word “ethnic” related to word “nation” — refers to people groups; see Isa. 42:6].

Note: There are still over 2,000 unreached people groups who have little or no access to the gospel.

13:11 Whenever you are [unexpectedly] arrested and brought to trial [see Acts 4:1-13], do not worry beforehand [not an excuse for poor preparation] about what to say. Just [turn situation into an opportunity to witness for Christ] say whatever is given you at the time, for it is not you speaking, but the Holy Spirit [see Acts 6:8 — 7:60 re: Stephen].”

Note: What can believers do to prepare to share a witness in difficult situations?

13:12 “[unbelieving] Brother will betray [as Judas betrayed Christ; personal persecution] brother [who is a believer] to death, and a father his child [family difficulties]. Children will rebel against their parents and have them put to death [not just flogged as indicated in verse 9].

Note: Can you think of cases today when believers have been betrayed or killed by family members because of their faith in Christ?

13:13 All [refers to universal scope of opposition] men will hate you because of me [indication of the world’s attitude toward Jesus and His followers], but he who stands firm [bear up under difficulties; endure in commitment to Jesus without wavering; demonstrate the reality of their conversion; the result of a right relationship with God] in the end [the time of the second coming] will be [spiritually] saved.”

Note: How can believers today stand firm in the midst of opposition?

13:14 “When you see ‘the abomination that causes desolation [Dan. 9:27; 11:31; wicked defilement of a holy place]’ standing where it does not belong [some believe this was fulfilled when the Roman army stood in the temple where it did not belong and destroyed it]—let the reader understand—then let those who are in Judea flee to the mountains.

Note: The “abomination that causes desolation” may refer to an end-time antichrist or to Titus and his Roman armies who destroyed the Temple in AD 70.

13:22 For false Christs and false prophets will appear and [energized by Satan] perform signs and miracles to deceive the elect—if that were possible. 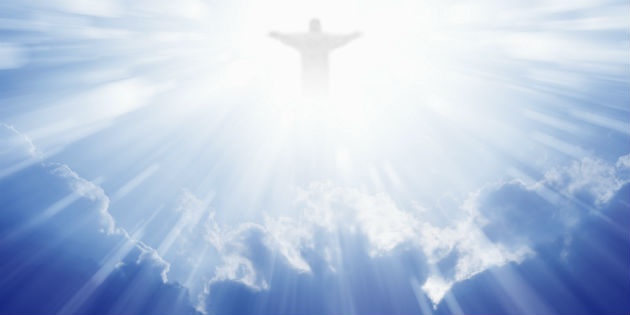 13:27 And he will send his angels and gather [not a single follower of Jesus will be left behind] his elect [those who have become a part of God’s family through faith in Jesus] from the four winds, from the ends of the earth [from throughout the earth; wherever they may be] to the ends of the heavens.

13:35 “Therefore keep watch [live in a state of perpetual readiness; Greek = gregoreo which means keep awake, be on the alert, stay focused on your task] because you do not know when the owner [Jesus] of the house [a metaphor for this world and all that is in it] will [the fact is certain] come back — whether in [the four night watches observed by the Romans from six to six] the evening, or at midnight, or when the rooster crows [the name of the third watch of the night — 12:00 AM to 3:00 AM], or at dawn.

Note: List some practical ways in which believers can stay alert in their anticipation of Christ’s coming?

13:36 If he comes suddenly, do not let him find you sleeping [but rather fulfilling your task].

Note: List some ways in which believers today are sleeping or demonstrating they are not living in readiness or in anticipation of Christ’s return.