6:1 Brothers, if someone is caught [suggests an element of unexpectedness in moral failure which would be both embarrassing and overwhelming] in a sin, you who are [not who “think” they are; those whose lives are characterized by fruit of the Spirit (Gal. 5:22-23)] spiritual [reference to those who are led by the Spirit] should restore [word used in Matt. 4:21 to refer to mending fishing nets and in secular Greek for mending broken bones] him gently. But watch yourself [be aware of your own vulnerability], or you also may be tempted [be aware that you too can be overtaken by sin (1 Cor. 10:12)].

Note: One person said, “Before I was a Christian I ran after sin, but now I run from it though it sometimes still overtakes me.”

6:2 Carry [even when trouble is of the other person’s own making] each other’s burdens [crushing weight or load that one cannot carry alone; in this case includes burden of moral failure], and in this way you will fulfill the law of Christ [the commandment to love that Jesus took from the OT (Lev. 19:18; Matt. 22:36-40) and urged upon His followers (Jn. 13:34-35)].

6:3 If anyone thinks he is something [conceit; leads to intolerance of others who fail and to the belief that one is above failure] when he is nothing, he deceives himself.

6:4 Each one should test [examine; have an accurate view of oneself; we should test our lives against God’s Word rather than against others] his own actions [do not compare your accomplishments with those of others]. Then he can take pride in himself, without comparing himself to somebody else,

6:5 for each one should carry his own load [word frequently used to refer to the pack of a soldier; describes a responsibility which could not be shared with another; some loads are so burdensome that one needs help to carry them (as in v. 2) while others are individual responsibilities one must carry alone (as in v. 5)].

6:6 Anyone who receives instruction in the word must share [from the beginning of the church, sharing was one of the marks of the Christian experience (cf. Acts 2:41-47)] all good things [included financial contributions] with [provide for the support of; cf. 1 Cor. 9:4 and 1 Tim. 5:17] his instructor.

6:7 Do not be deceived: God cannot be mocked [to turn up nose at God; rooted in a contemptuous, scoffing attitude]. A man reaps [in proportion to; cf. Hos. 8:7] what he sows [the law of the harvest is one law we cannot break].

Note: In his book “Loving God,” Charles Colson illustrates the truth of a “delayed harvest.”
• The great colonial pastor Cotton Mather prayed for revival several hours each day for twenty years. The Great Awakening began the year he died.
• The British Empire finally abolished slavery as the Christian parliamentarian and abolitionist leader William Wilberforce lay on his deathbed, exhausted from his nearly fifty-year campaign against the practice of human bondage.
• Few were the converts during Hudson Taylor’s lifelong work in the Orient; but today millions of Chinese embrace the faith he so patiently planted and tended.

6:9 Let us not become weary [the act of becoming loose like an unstrung bow; becoming weak with fatigue] in doing good, for at the proper time we will reap a harvest if we do not give up. 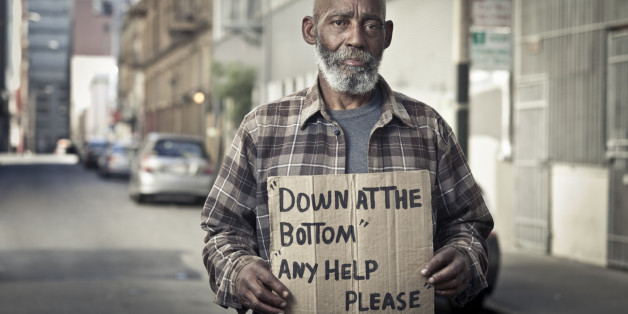 6:10 Therefore, as we have opportunity, let us do good [outward deeds of kindness which are either spiritual or material] to all [not just believers but everyone in our sphere of influence] people, especially to those who belong to the family [Paul designated Christians as a single spiritual family; we build family relationship by doing good to one another and by showing appropriate concern, involvement and support for stumbling believers] of believers.

6:11 See what large [probably to communicate urgency of his message: don’t miss this!] letters I [Paul instead of his secretary (Gr. amanuensis)] use as I write to you with my own hand!

6:12 [notice three evil motives of the Judaizers] Those who [1] want to make a good impression outwardly [trying to be popular; worked for their own glory rather than God’s] are trying to compel you to be circumcised. The only reason they do this [teach that both the cross and circumcision were necessary for salvation] is [2] to avoid being persecuted for the cross of Christ.

6:13 Not even those who are circumcised obey the law [Judaizers did not practice what they preached; they did not observe the law themselves], yet they want you to be circumcised [3] that they may boast [Judaizers wanted to boast in the number of converts they had won to their position; more interested in winning people to their position than to Christ] about your flesh.

6:14 May I never boast except in the cross [represents the hope of the world; Paul gloried in the cross because he knew the Person, power, and purpose of the cross] of our Lord Jesus Christ, through which the world [refers to anything in creation which operates apart from God, such as pride and religions of human effort] has been crucified to me, and I to the world.

6:15 Neither circumcision nor uncircumcision means anything [the cross made circumcision an empty ritual, merely an external mark on the body void of spiritual meaning]; what counts is a new creation.

6:16 Peace and mercy to all who follow this rule [see Gal. 6:15; lining up with the truth that salvation is only by faith in Christ], even to the Israel of God [all who depend on Christ for salvation].

6:17 Finally, let no one [the Judaizers; believers who were turning away from Paul’s teaching] cause me trouble, for I bear on my body the marks [Gr. “stigmata”; wounds Paul received for his public stance for Jesus; these marks confirmed Paul’s devotion to Jesus; cf. 2 Cor. 6:4-10; 11:23-30] of Jesus.